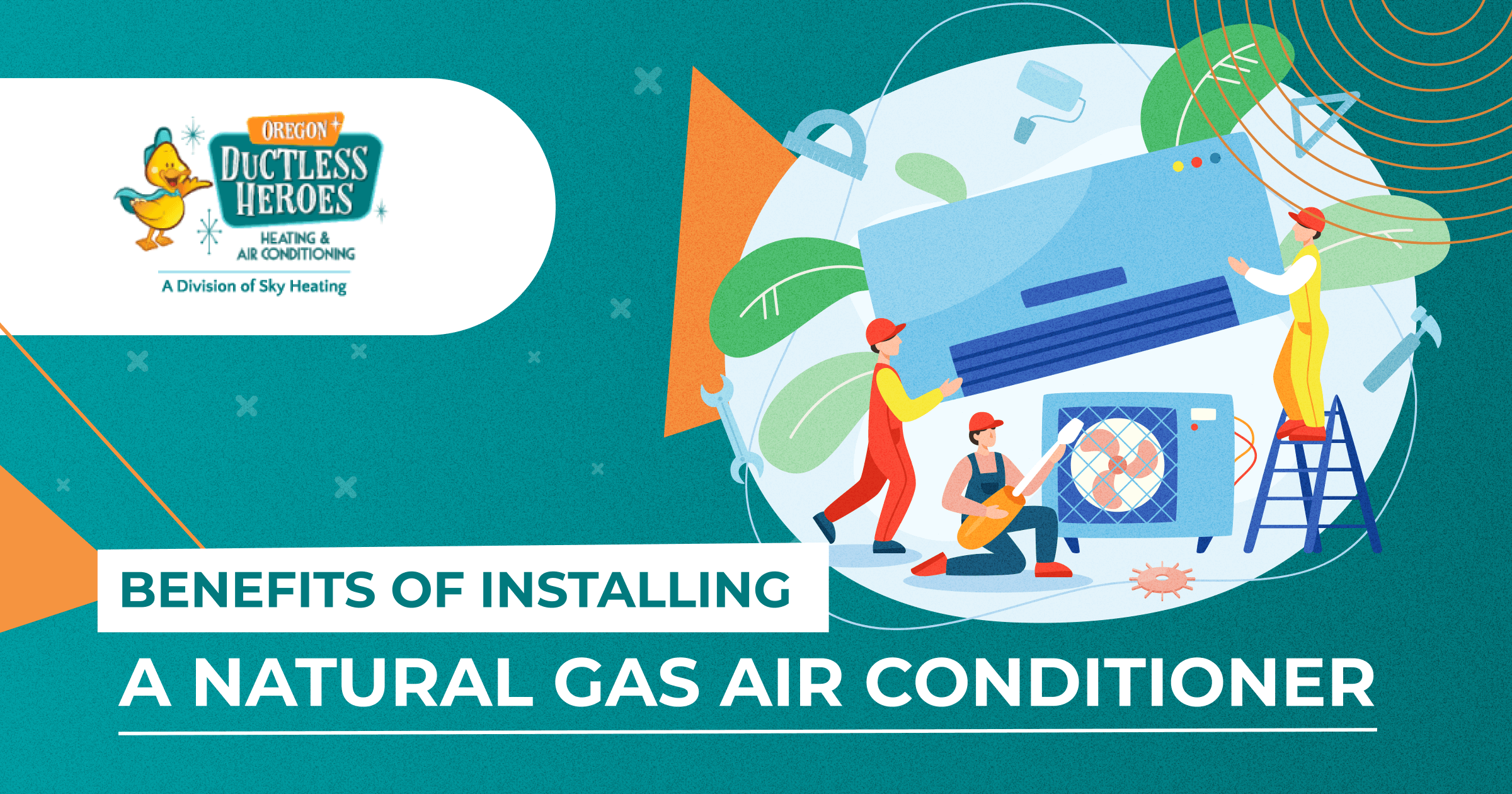 A natural gas AC differs most significantly from a traditional unit in that it doesn’t have a compressor. It does, however, use a liquid refrigerant that’s converted to a gas in response to changes in pressure. The refrigerant absorbs excess heat from the interior, is pumped through pipes to an exterior coil, and cooled as a blower moves air across the heated coil to release the heat outside. Heat is effectively excluded from interior air; the refrigerant is then re-cooled and compressed before the cycle is repeated.

Natural gas technology was the primary means of cooling across the U.S. in the 1930s and 1940s. By the 1960s, the low cost of electricity and availability of relatively low-cost, efficient models made electric air conditioning more popular. Very few natural gas ACs were in use by the 1990s. But while energy costs were rising, manufacturers began developing more efficient natural gas air conditioners. They continue to grow in popularity in the U.S., Japan, China, South Korea, and India.

Investing in a new air conditioner powered by natural gas can have the following benefits:

However, gas-powered ACs cost more to install (on average, about $6,500). This means spending more money upfront, but there are plenty of opportunities to save in the long run. Repairs for gas systems can be expensive, but they’re generally few and far between compared to electric ACs. Gas units also last longer, which can allow you to see a higher return.

Is a Gas-Powered AC Right for My Home?

It mainly depends on how you use your air conditioner. If you have a high demand for air conditioning and live in a warmer climate (and your region experiences hot summers), gas-powered air conditioning can be an economical choice. It’s especially efficient in the summer months.

Oregon Ductless is a premier installer of ductless heat pumps and traditional HVAC systems in Oregon. We provide high-quality ductless systems from Mitsubishi and Daikin along with high-quality service from our trained technicians. To schedule service, learn more about what we offer, and discuss financing, call 503-563-8201 today.

A ductless heat pump is a reliable and efficient way to keep your home warm or cool. But like any type of HVAC system,

Do I Need a Professional Mini Split Installer?

A ductless mini-split system includes an air conditioner and heat pump. In addition to providing year-round comfort, this setup may be installed as a

A ductless mini split air conditioner is one of the most efficient HVAC options available. But to ensure it remains so, it must be